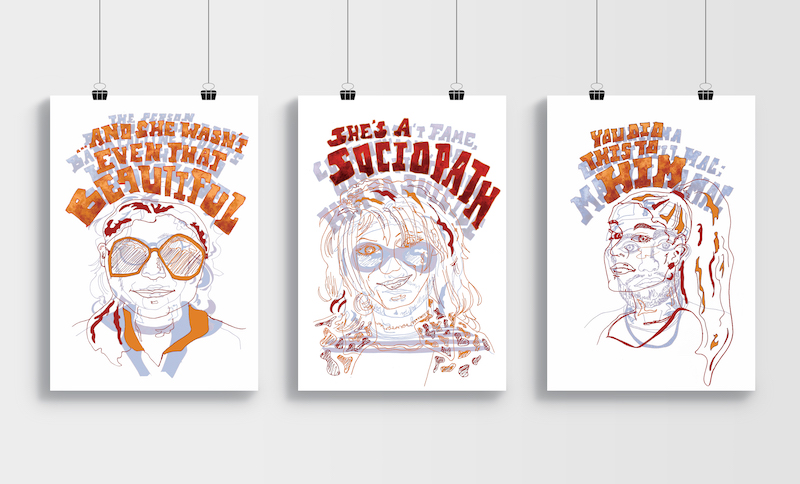 This piece is intended to illustrate and humanize the “Yoko Effect,” a term with Yoko Ono’s namesake used to describe situations where women are blamed for men’s self harm. I chose to highlight three specific cases within the American music climate across three different decades: John Lennon and Yoko Ono, Kurt Cobain and Courtney Love, and Mac Miller and Ariana Grande. By overlaying the male portraits with the females, I’ve distorted the males’ public images, as a representation of how the American public uses the female halves of relationships to explain and distort the realities of a breakup, suicide or overdose.  Above each portrait, I’ve stylized pulled quotes from newspaper headlines, Tweets or public comments to infuse cultural context to the imagery. I’ve juxtaposed the women’s portraits with timely derogatory statements made about them, and the men’s with statements more accurate to reality. It is my hope that my pieces will bring to light the effects of shaming, as well as bring clarity to the injustices of ignorant blaming.