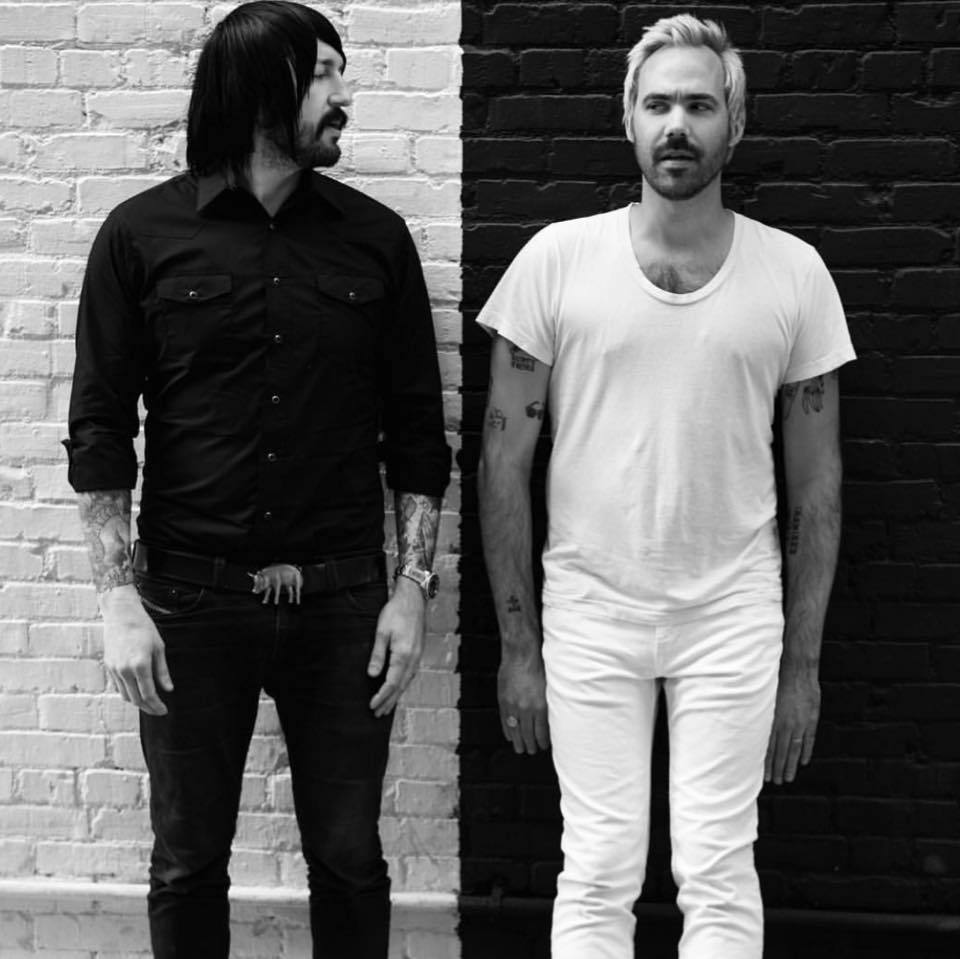 Death From Above’s fine-tuned sound doesn’t easily fit into the defined constraints of any particular genre. The Canadian rock duo prides themselves in authenticity, pouring their passions into each track of Outrage! Is Now, making it impossible to choose one that emulates the entirety of the album. Having recently dropped the “1979” from the end of their name, the artists hail back to their roots while celebrating the new album with an extensive fall tour.

We had the opportunity to catch up with ½ of the pair, vocalist and drummer Sebastien Grainger.

Jordan: So I’ve read that dropping the “1979” in the name described as a “new era” for the band. Do you think anything has actually changed in terms of your music or attitude, or do you think that’s a bit of a dramatization?

Sebastien: I think that every time we make a new record, we have a bit of a new attitude towards the music. Every time we do something, it’s a bit of a renaissance. I wouldn’t say it’s that dramatic, but the reclaiming of the original name is almost separate from that. It’s not like we were trying to demarcate a new era or anything with this. It just coincided with the record coming out.

J: Speaking of records, what would you say is the theme of this latest album and how does is compare to your previous?

S: Lyrically, the themes are not all that different. It’s maybe a little bit more…the themes on all our records are more consistent…On The Physical Worldthere was at least one narrative song, a story, kind of a ballad about something that’s happened, whereas this record, lyrically is a little more philosophical. I didn’t go for anarrative approach. It was closer to poetry than prose.

J: Is there a particular song that adheres to this theme the most?

S: That’s impossible for me to say, as the artist. It’s like asking a runner what toe they like best.

J: It seems like rock music is making a comeback in the music world, given the popularity of pop and electronica. Would you agree?

J: What genre would you describe Death From Above, and where do you think you fit in with the current taste of music?

S: Again, I don’t think we necessarily fit in with anything current, and I don’t think we really ever did. We were kind of lumped in with bands in the beginning, but the trajectory of our band has been trying to find our own space because we felt like we didn’t fit in with what was going on, which pretty much still is the feeling. When I look at rock music, aside from friends’ bands and bands we’ve toured with, it’s difficult to fit us in with any specific context. It’s hard for me to perceive.

J: Who would you say influenced you the most musically?

S: There’s never really an artist that is at the forefront of my mind whenever we’re making music or playing music. I remember in my late teens, early 20’s, I met up with a friend of mind who I used to play music with as a kid and he had stopped playing music, and he asked me “Oh, are you still playing?” and I said “Yeah, still starting bands, making music” and he said “Yeah, I feel like there’s nothing new to be said in music.” This was the year 2000’s, and I remember telling him that I was still trying to find that new thing.

He had this cynical approach, and maybe I had a naive approach—and maybe also ambitious. An ambitious idea was that I wanted to make a sound that was new, and not to seem boastful, but I feel like our band has done that in a way because it’s very difficult to compare us to other music. And even when we get compared to other bands…there’s songs on this record where the way I’m singing is going to be compared to other singers, which is flattering in a way, but it’s never my influence. If you name a singer that I sound like, I’m almost never trying to sound like one I’ve admired in my life. The goal is to render your influences down in a way that becomes unrecognizeable because you’re filtering them through your ability, your experience and your talent.

S: It’s all kind of the aesthetic stuff. I’m kind of sick of seeing loser, soft rock bands wearing punk-looking clothes. Not that that essentially matters, but I think it’s really misleading. Like, okay cool, Lady Gaga’s wearing a biker jacket…Everyone’s wearing a ripped up pair of jeans that cost them like $800. It’s bull shit. I want nerds to start dressing like nerds, and I want yuppies and I want yuppies to start dressing like yuppies. That’s all I’m saying.

J: What artists are you jamming to right now? Do you listen to anything when you’re preparing for tour?

J: What are you expecting from this lengthy upcoming tour?

S: I’m anticipating just riding a line between safety and chaos; riding that line between the known and the unknown. Riding it like a rodeo horse, a bucking bronco.

J: Could you compare touring in the United States with touring in Canada? Is there a difference in energy, either on your end or what you see in your audience?

S: You know, it’s very difficult to compare a country in its entirety because city to city is so different. A show in Topeka, Kansas isn’t the same as a show in Milwaukee or New York City, or Austin, Texas or Pittsburgh, so you can’t really compare countries in that way. Although, the weirdest shows we’ve played have been in Japan, because the audience goes f*ckin’ ham when we’re playing, but it’s between songs that they’re very quiet and still and respectful, and waiting for the next song offering. Sometimes that happens in certain cities in American cities, then in other cities people go bananas the whole time. It really depends on the town.

S: Not on this tour. I think we’ve been to every city, but we’ve never been to Eastern Europe, and…we know North America like the back of our hands. We’ve been zigzagging across this continent for a number of years now, and it’s always exciting. I don’t discriminate. When we play a show, every show is going to be the best one. That’s my attitude.  We give it every night.

Death From Above will be coming to The Fillmore Silver Spring this Saturday, October 28.