Nostalgia is a beautiful danger.

It’s beautiful like sunlit car rides along winding highways, with faded denim and the smell of warm earth in the air; dangerous like depending on the rearview mirror to drive forward, not realizing that you’re drifting off into the opposing lane of traffic.

I think the first time I experienced this paradox was when I was 20.

After years of idolizing Bob Dylan, I finally bought concert tickets to see he and his band.

So it probably goes without saying that what I had in my head—the 20-year-old Minnesotan hillbilly playing protest songs in dingy Greenwich bars—could not have been further from reality—the (at the time) 74-year-old senile guitarist who monotonously talked through all of his songs and let the band fill in the gaps.

I wasn’t prepared for that extreme of a disappointment, and it was that intense letdown that tore the rose-colored veil. The chill in the air suddenly seemed colder, the grass suddenly more scratchy. His voice more nasally and his personality more dry.

And that’s when the beautiful turned into the dangerous. When the idealized image I’d immortalized in my head for so long was suddenly crumbling, aging and fading—much like the singer himself, I hate to say.

So I left a concert early—for one of the few times in my life.

While nostalgia starts as being a frozen time capsule for the good ole days, it quickly becomes a ticking time bomb for our lackluster realities.

It’s an overwhelming feeling that starts in your heart and distorts your mind, sparked when you think you’ve stumbled upon a treasure of which you can’t bear to let go—even if the culture surrounding you already has.

When we listen to The Freewheelin,’ for example, we’re encompassed by the 1960 zeitgeist for approximately 49 minutes, and in those 49 minutes, we aren’t who we are today but instead we are who we think we would’ve been in 1963.

We become attached to these “memories” we’ve written for ourselves that we can’t ever properly recollect, mainly because we never technically lived them in the first place. And the realization that we haven’t ever lived through these things leaves us wanting more and more—as an attempt to fill the omnipresent void in our annoyingly old souls.

This may begin to explain the overwhelming sense of nostalgia for an era in which we haven’t lived. It’s this feeling of creating memories that we never before would have had. It’s this odd comfort and inclusivity we feel from writing ourselves into another story.

This is why I think some of us become sentimental over Seinfeld’s pilot when we didn’t breathe the breath of life until its finale. Why some of us get more excited over dingy vinyl records from 1970 than CD’s that were pressed during the decade we were born. 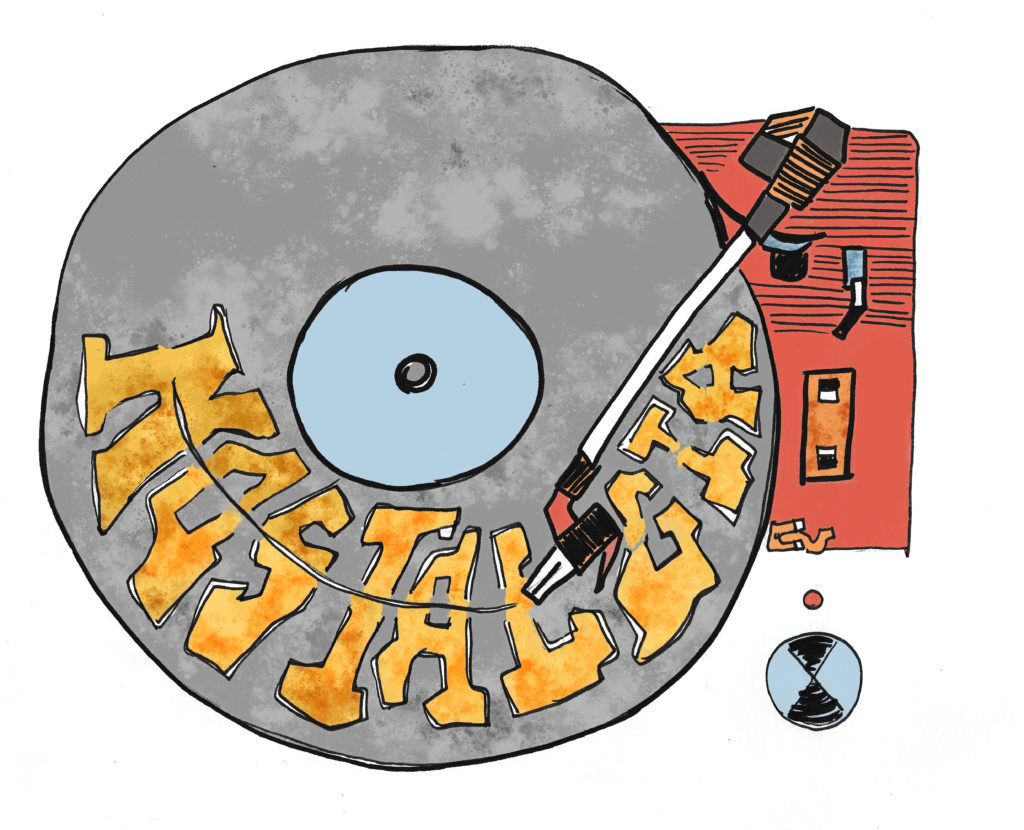 Maybe we get kicks out of imagining ourselves as other people, as if the life we now have is not our first. Or maybe we genuinely don’t feel a connection to the year of our birth and would rather long for those prior.

All of this evokes a sense of longing for something that once was, but will never be again. It’s a sense of temporary contentment, compartmentalization of a better time. It’s the rich cup of coffee that you want to constantly sip but never quite finish.

It’s not only sensational, but emotional and futile, because when our preconceptions are shattered, our lives suddenly feel like lies. We feel betrayed by someone—anyone— but the most upsetting part is that the person who betrayed us is no one but ourselves. We’ve enabled ourselves to be less in-tune with our own realities, because when looking through a nostalgic lens, everything is rose-colored; everyday was and is a glory day.

Nostalgia is attractive because as opposed to everything else in our fast-paced lives that continue to press forward, move forward and charge on, these are some of the things that are frozen in time and free for the pickings of our own indulgences.

I often feel like I’m the only one silently drowning in her own sentimentality.

I look around at Goodwill as I’m holding a mint condition pair of Levis 550’s, wondering why no one else is tackling me for them. I don’t necessarily get attached to the things themselves but rather how they make me feel—what I’m reminded of—and I’ve found that sometimes the only way to satisfy these compulsions is to consume, as compensation for my inability to properly reminiscence.

This would certainly explain why I covet 1990’s Pittsburgh sports paraphernalia on eBay.

Why I’ve started my personal second-hand library not only for the love of the stories but for the odor of must and moth balls that the books harbor.

Why I buy all my clothes secondhand, and am always in the market for vintage Levi’s.

Why I am more up to speed with 1970’s television than I’ll ever be with the present.

And the saddest, most confusing mix of emotions ensues when these things come to an end; when they inevitably fail us.

When the t-shirt stains.

When the jeans rip.

When the record skips.

This is when the timer goes off, when we have to pull ourselves out of the 350 degree oven before we burn.

I still haven’t found an antidote for this constant state of discontent, but I’m wondering if nostalgia has an underlying motive or purpose, aside from making us feel miserable.

I also wonder if there are people out there who truly live for the present, never wondering, hoping or obsessing over the past. I wonder if they’re more at peace than I am, more down-to-earth, more embracing of technology and change.

But I also wonder if nostalgia sparks from this feeling of deep responsibility to prove the relevancy of the things so dear to us, and therein itself preserving both history and our personal identities.

Maybe we listen to Blonde On Blonde to prove that Dylan is still an American icon even in his old age. Or maybe we binge watch Seinfeld with our close friends to defend its timeless humor. Or maybe we buy $30 Fuji Film to attest that analog still has a place in a digital world.

If everyone has their niche, their thing, their subject matter, then together the complete story could be told for generations to come.

And maybe, that’s also how our characters are preserved, because the things we’re nostalgic for are often a collection of the things that define us.

Recently, I finished reading Bob Dylan’s autobiography. Just last week I listened to Desire on vinyl while cooking dinner. And I’m proud to say that I have an original Milton Glaser psychedelic Dylan poster hung above my bed. In fact, a line from “My Back Pages” serves as my Instagram bio.

It appears as though my short-lived disillusionment has warped itself back to long-term admiration. Mind you, this has not happened blindly.

I have to sooth myself of its repercussions by reminding myself that they are all normal accompaniments of life, and uncontrollable consequences of living it well.

Because if nothing else, nostalgia plays a role in releasing our present selves from our past selves—in context of our generation, society or zeitgeists. It’s a record of how far we’ve come, and if used correctly, can help guide us along into our futures.

My mom’s birthday falling the same week as Mothe

I’m most concerned with my world because I thoug

I started learning Italian during my quarantine bo

The Christian belief system is not just something