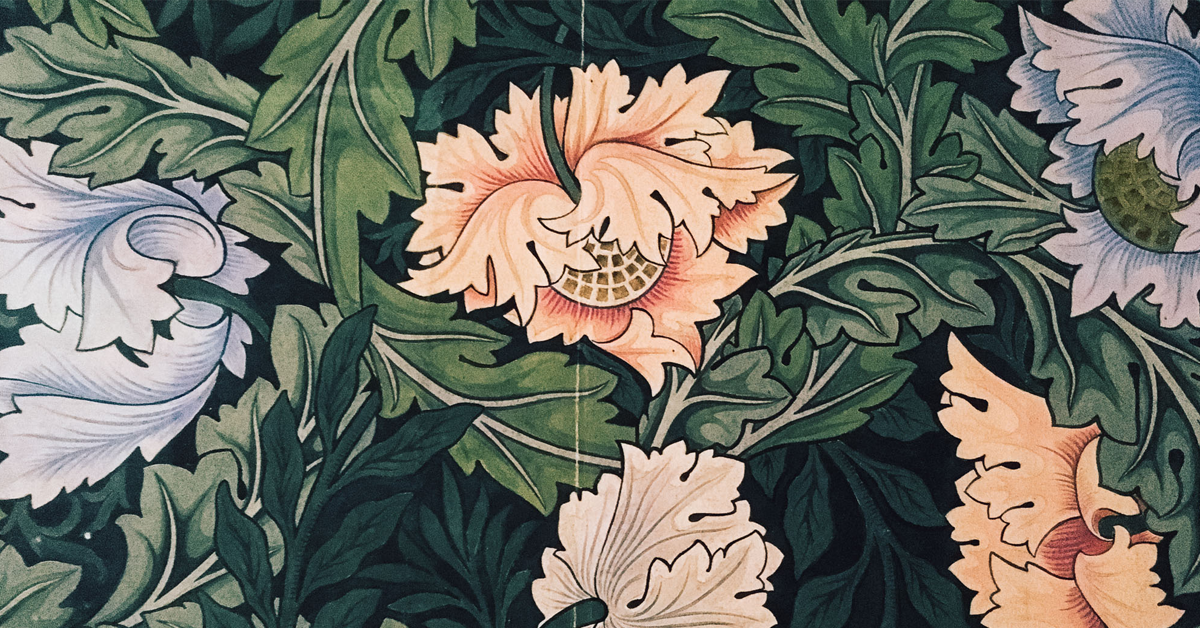 I’m finishing up this piece at 5:30 am EST, watching the sunrise through the living room window of my new apartment after sleeping on a new mattress, my arms sore from building the wooden bed frame the day before.

I instinctively brewed myself a cup of English Breakfast, just like I had done yesterday afternoon—and the 24 afternoons prior.

My body has succumbed itself to intense jet lag; my brain still thinking it’s 10:30 am in London, and my heart desperately wanting to go along with it.

I’ve been asked a lot of questions already about my three-week English adventure, one most recently being if I’d taken a lot of photos. I was a bit surprised at myself when I said no.

I’ve dragged my camera across the world without question; it’s taken portraits of children in Nicaragua, it’s captured moments of homecoming in Italy. However for some reason, its stint in the United Kingdom felt more like a hindrance than a benefit.

I think I realized how much I hate both being a “photographer”—I use this word very loosely—and a “tourist” when during our week in North Yorkshire, I realized after carrying my Nikon through pouring rain and juggling it along a crowded train ride that I had neglected to change out the dead battery with the fresh one the night before.

I felt a pit in my stomach followed by an immense feeling of burden now having to carry around a useless camera for the rest of the day when I should have been enjoying in the charming city of York. 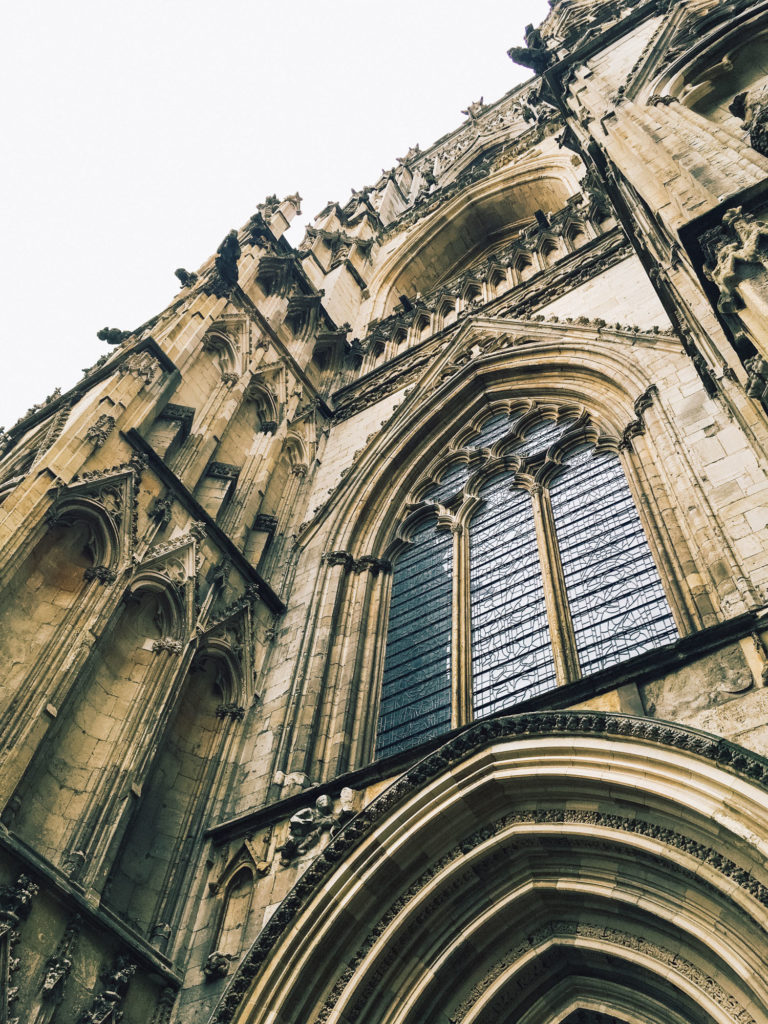 Yet I have to say that while I felt both defeated and stupid, I couldn’t deny a feeling of relief. It was surprising at first—almost guilty, even—but even more than that, it was freeing.

I’d accidentally released myself from the “pics or it didn’t happen” mentality. I no longer had to stress about capturing the perfect photo, or capturing a whole day in one iconic shot.

Up until this point, I’d begrudgingly slung my Nikon around my neck while walking an average of 20,000 steps per day through London, only to feel obligated to take a lackluster handful of photos, none of which I actually liked or enjoyed.

It all seemed like a waste, and by the third week, I started embarking out on the city while leaving my camera behind at the flat, and as much as I hate to admit it, some of my favorite photos from this trip have been from my outdated iPhone SE that I’ve intentionally put in grayscale and haven’t updated the operating system in at least two years.

And even these photos are nothing special. They’re not the ideal composition, they’re probably overexposed, and they might be slightly out of focus. But I guess you have to know the rules in order to break them, and I’ve practiced photography long enough to release myself from perfection.

The reality of the matter is that whether or not I have photos doesn’t negate the fact that I’ve gawked over Da Vinci’s sketchbooks not once but twice.

It doesn’t take away the fact that I cried sitting in a room full of Rothko’s at the Tate Modern, overcome with the emotion he had intended with his contemplative, immersive canvases.

It doesn’t invalidate my seeing Rembrandt and Van Gogh somewhere other than an art history lecture slide for the first time in my life. 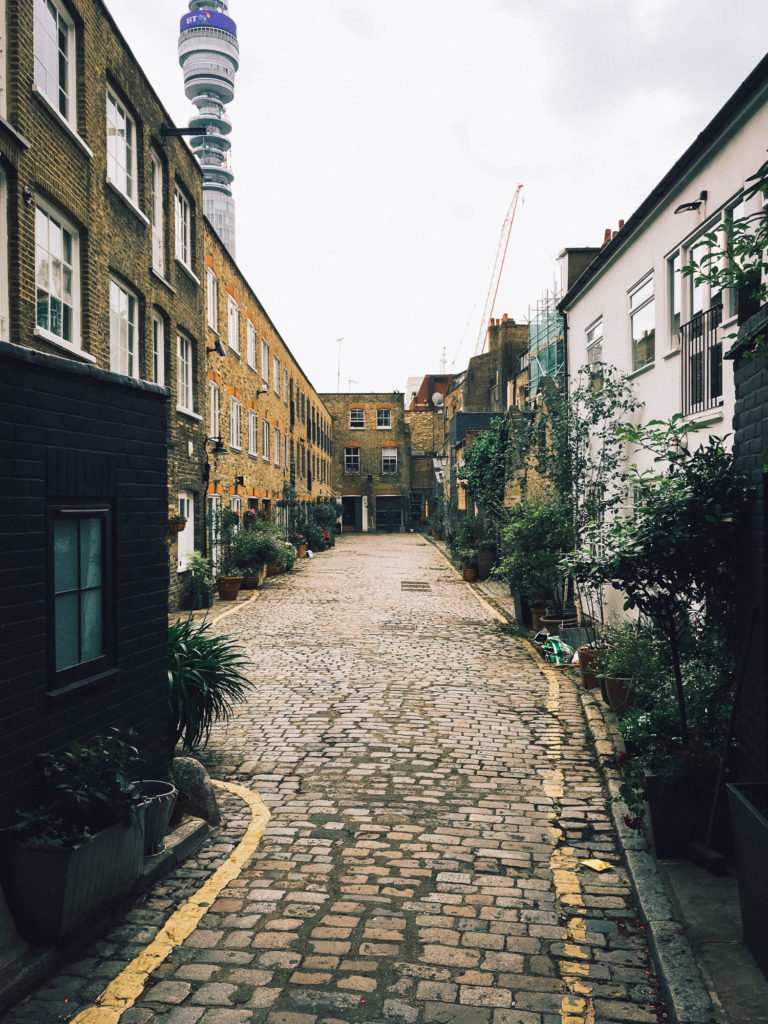 It doesn’t refute my excitement of seeing original William Morris wallpaper after wandering through the extensive Victoria and Albert Museum.

That I’ve perused more vintage stores and charity shops than I can count.

That I walked across Abbey Road [twice] just like John, Paul, George, Ringo and the million tourists before me.

The late writer Susan Sontag said it best: “Taking photographs is also a way of refusing [experience]—by limiting experience to a search for the photogenic, by converting experience into an image, a souvenir.”

I’m learning that constantly viewing life through a lens aside from your own iris ironically blurs what should really be in focus.

I wasn’t in London to be a tourist. I wasn’t there on vacation. I wasn’t there to ride the London Eye or take a selfie in front of Big Ben. I was there to experience a city that has a rich history and equally rich appreciation for the arts.

Why should I limit myself to admiring design from a distance to get it in full view, rather than walking up and appreciating the detail?

That’s why I developed an aversion to filling my SD card with raw image files this time around. I wanted to feel like I was living in England for this brief moment, rather than visiting; like I was immersing myself in a culture rather than intruding upon it. Clicking my shutter away at every red telephone booth, double decker bus and royal guard seemed disingenuous of that motive.

The pinnacle of this was revelation occurred on one of my final days. After a long morning of wandering around by myself, wearing a denim jacket and t-shirt I’d recently thrifted, I walked into the closest Tube station, picked up an Evening Post along the way and while simultaneously reading the headlines, mindlessly navigated my way through the maze of tunnels to take a transfer to exit at Great Portland Street.

That day in The Underground, I didn’t feel American. I didn’t feel intimidated. Instead I felt acclimated. I’d go as far as to say I felt confident, even.

I’m far from a Londoner. I’m far from English. But taking the same advice as I did years ago from my photography mentors/friends, you have to fake it until you make it, and I think outwardly in that moment I did just that.

Mind you, photography certainly has its place, and I’m a firm believer that photographs serve as eternal time capsules when our memories inevitably fail us. I also recognize that I’ve gotten immense value from it in the past, and likely will again sometime in the future.

Also, as a disclaimer I’m certainly not discrediting all the photographers in my life who love their craft and get immense joy from it. In fact, I’m a bit envious because I used to have that same vigor, at least to an extent.

But what I’ve seen go to the wayside—by myself included—is intentionality, both as a lifestyle and as an art. 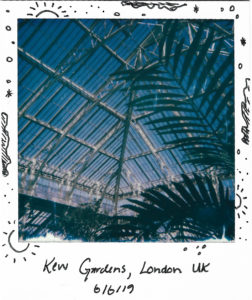 I think what taught me this lesson most is my 1980’s Polaroid land camera. I packed this little gem of nostalgia along with my DSLR, slightly nervous to use it because I only had six frames, and with a pack of film that cost four times more than the camera itself, it had to be a pretty damn good moment to use up a $2 square.

I really had to convince myself that something was worth photographing, and those brief minutes of indecision forced me to remain present in the given instance.

It’s these overexposed, grainy, off-center images that I’ve palmed through most these past few days. They’ve proved to be much more gratifying than scrolling through my camera roll.

And even with those printed mementos, the most outstanding souvenir of any trip abroad is the jet lag; it sometimes feels like the only evidence that our travels weren’t just some realistic dream.

I’ve returned home with not only a constant craving for tea and Digestives, but a renewed appreciation for typography, rekindled desire for blind contour sketches, a refreshing look on color pallets, and most importantly, a love for life’s contrasts: fast and slow, city and country, tranquil and chaos.

Feature photo of William Morris’s wreath wallpaper (1876), photographed at the V&A by Me

All other photos taken by Me

I woke up consistently from a slew of restless nig

I love Lent because I’m comforted by spiritual r

There really are dirty, ugly roots underlying ever


Error: API requests are being delayed for this account. New posts will not be retrieved.