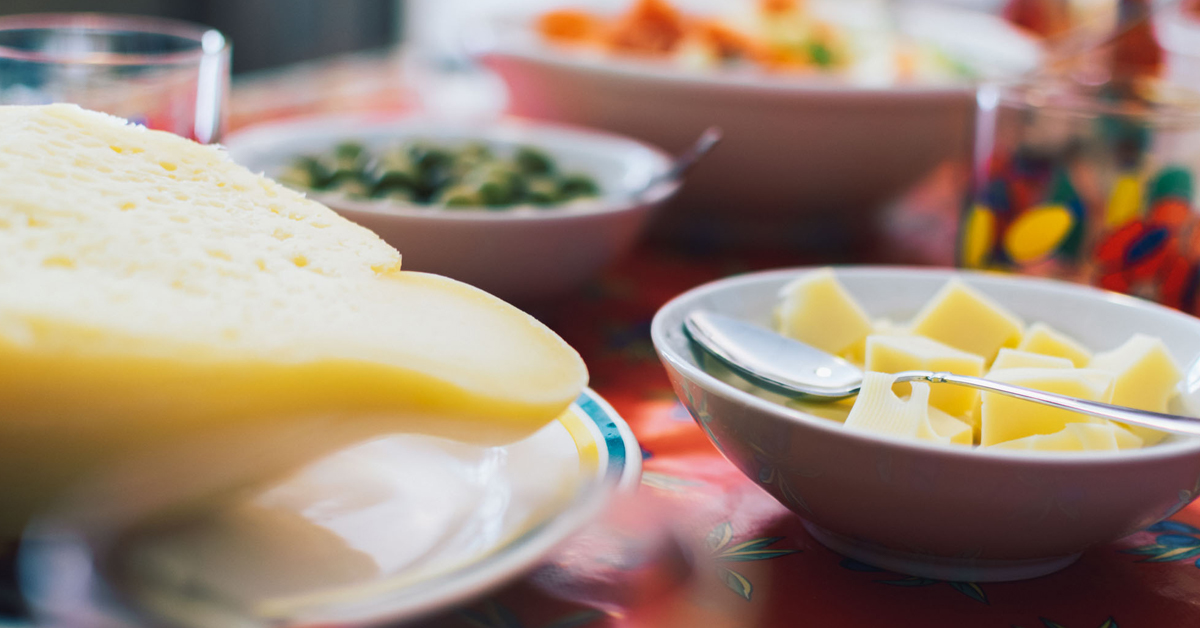 Growing up in an Italian household, I’ve been raised with a plethora of wholesome values, the biggest of which being a passionate appreciation for food.

Food traditionally brings people together. Despite anyone’s busy schedule, no rational person can turn away a pot of pasta with oven roasted marinara sauce. No argument can ruin a platter of caprese salad with home grown beefsteak tomatoes. No conversation can lull while in the presence of fresh Italian bread and savory dipping oils.

And most importantly, no disagreement can withstand a bottle of good, strong vino.

I’ve taken advantage of my family dinners around my grandmother’s homemade gnocci, spending an obscene amount of time and money selecting imported cheeses at ethnic grocery stores for get togethers, and having panettone as a special treat on Christmas morning.

For most of my childhood, I thought that because this was my normal, it was everyone’s normal. I’ve spent a good part of my life desensitized to my European heritage, and it wasn’t until my family’s recent pilgrimage to the old country that I began to not only understand but embrace it. 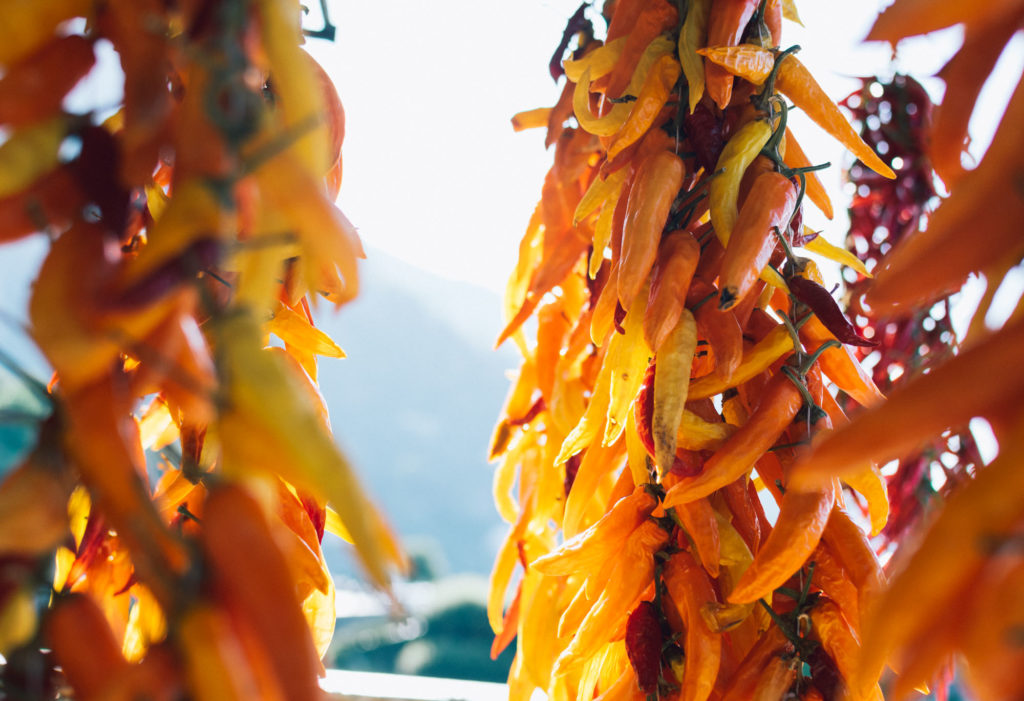 Our grandiose two week Italian adventure encompassed all the major tourist sites: we gawked at the Sistine Chapel, rode a Venetian gondola, sipped limoncello along the Amalfi Coast, watched the sun set behind the Trevi Fountain.

Yet the my most vivid and favorite culinary memory I have is one of Pescocostanzo, a quaint town nestled in the mountains of Italy’s Abruzzo region.

Pescocostanzo is rich in its history, unique in its lifestyle and charming in its simplicity. And it was here that my grandfather was raised before he immigrated to the United States at the age of 15.

Next door to his childhood apartment is his best friend’s humble summer home. Though Giancarlo is no longer with us, his wife invited all five members of my family for lunch during our stay. Little did we know “lunch” meant a home-cooked, three-course meal that could outshine all cuisine in the entire Italian countryside.

Even better than the appetizer of fresh mozzarella, asiago and feta drizzled with honey was the joyful conversation (despite a difficult language barrier, we learned that laughter is universal).

Even better than the homemade pasta e fagioli was the good company of beloved friends.

Even better than the espresso, cookies and grappe was the palpable, authentic love, hospitality and warmth.

Another virtue my Italian family has pressed upon me is the embrace of friends as family. Growing up, my household always had an extra seat at the dinner table; the front door was always open. My closest “aunts” and “uncles” were often those unrelated by blood.

I’ve later come to learn that my mother implemented this lifestyle during my adolescence because my grandmother did the same during hers, and it would be fair to assume that the pattern repeats itself for generations past.

It took me years—21, in fact— to appreciate how very special family history is, but spending five days in Pescocostanzo solidified my appreciation, my gratitude, my pride.

I experienced firsthand the beautiful heritage that runs in my veins. I felt as if I were painted into all of my grandfather’s Kodak photos I’d seen in transparent album sleeves my whole life.

I finally tasted the crisp mountain air, walked along the same cobblestone roads my grandfather trekked across when he was young, heard the ancient church bells chime at the wee hours of the morning. 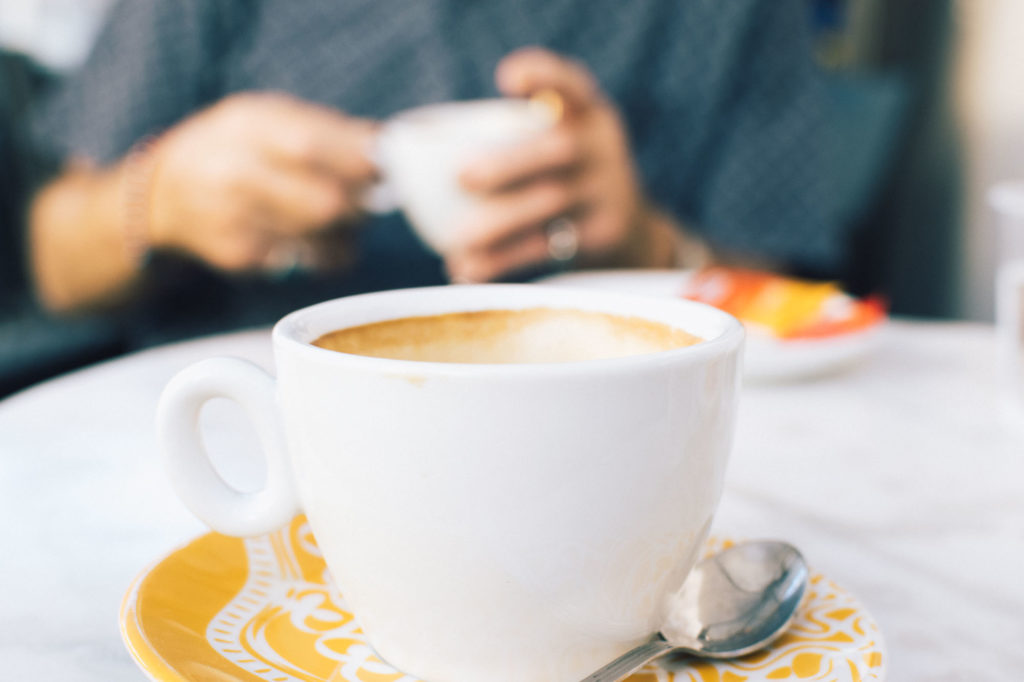 I sipped cappuccinos in the piazza while soaking in warm morning sun, overheard beautiful foreign words exchanged between my grandfather and his many dear friends, relished in the music-filled, chilly evenings.

Leaving Pescocostanzo was one of the most emotional departures I’ve ever had to undergo. Surrounding my tear-filled visions of our last evening saying adieu to the faces we had come to know, are swirling thoughts about how quickly strangers had become loved ones.

Even more difficult than trying to take a piece of Pescocostanzo with me back to the States was the feeling that a piece of me was left there, following by my uncertainty in ever having the chance to go back and retrieve it.

When asked about whether or not I will return to the home country someday, I answer in the same few words as my grandfather: “God willing.”

This piece was originally published in La Nostra Voce’s April edition, an Italian newspaper in Pittsburgh, Pennsylvania.
Feature photo taken by Me.